I'm incredibly excited to announce that the wonderful and talented Annabell Cadiz, author of Lucifer, has just released book two in her Sons of Old Trilogy!!! Michael, the second book in the trilogy, is out TODAY, so be sure to check it out! 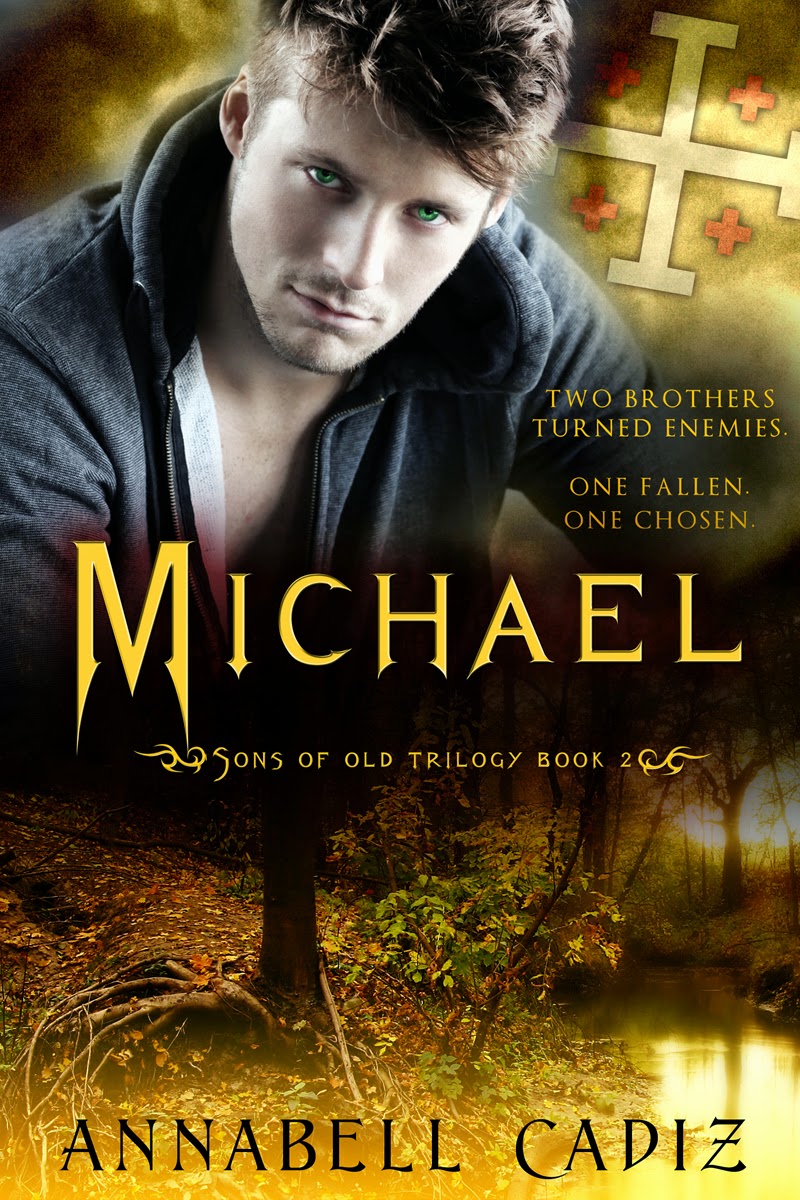 Synopsis: Zahara Faraday looks like a normal eighteen-year-old and lives in a quiet neighborhood with her overprotective parents. She works at a bookstore and hangs out with her best friend Becca King on a daily basis. But underneath the normal lies a secret life filled with dangerous supernaturals. Zahara belongs to a world made of Light Witches, rogue Imagoes (supernatural creatures with super strength, speed, and silver skin when the moon is out), fallen angels, and Nephilim (hybrid children born half-human, half-angel). Where her father Solomon Faraday is human, her mother Mia and her Aunt Catalina are Light Witches. They help protect the human world by hunting down rogue supernaturals who commit heinous acts against humans. What they never expected was the possibility of having to hunt down the one rogue coven they had befriended and come to trust in their battle against Lucifer. Rekesh Saint-Louis is the leader of the most powerful Imago coven in Florida and now he’s the most suspected. Supernatural bodies are starting to pile up with an ancient ritual long forbade being used to murder them and the symbol, one large cross with four smaller crosses around it—which represents Rekesh’s coven— being left behind. Rekesh and the Elders of his coven set out to find who is behind the murders and clearing his name before a war between the covens begins. To make matters more difficult, Rekesh also has to deal with the return of someone he has been keeping a secret.

Meanwhile, Zahara and Becca are spending more time brushing up on their training, knowing an attack from Lucifer can come at any moment. Between patrolling neighborhoods and hanging at the boarding school created by Charles Stephens—a fallen angel who created the school to protect the children of rogue supernaturals—they are thrown into one battle after another. Zahara begins to develop a closer bond with Jason as they train and chase down clues to clear Rekesh’s name. What she doesn’t know is the very powerful secret Jason is keeping; a secret that will change the course of the fight with Lucifer.

But Rekesh’s coven being set up isn’t the only danger. A new powerful and lethal drug has emerged from the shadows of the supernatural world called Inferi. The drug has two deadly side effects: it leaves the supernatural hungering for blood—both human and supernatural—and grants them the elemental power they had once possessed.

Lucifer is on the move and he will stop at nothing to get his hands on Zahara and complete the first act of his plan.

A battle is about to begin.

One that may cost the Faraday family everything they hold dear.

Make sure to get your copy of Lucifer (Sons of Old Trilogy, #1) which is on sale for ONLY 99 CENTS until JUNE 1st!

Add on Goodreads!
Purchase on Barnes & Noble and Amazon!
Synopsis: Have you ever wondered what could be hiding in the shadows?

Well, for eighteen-year-old Zahara Faraday, she doesn’t have to wonder. You see she comes from a lineage of Light Witches, those who have chosen to help protect and serve between the supernatural world and the human world. The only problem is Zahara, like her father Solomon, is as human as a human being can be whereas her mother, Mia, and her Aunt Catalina, were born as Light Witches. As a family they hunt down rogue supernaturals—creatures who harm humans or who have committed an act against their kingdom.

Zahara’s hunting skills are usually kept dormant since her parents would prefer she live life as a normal human girl without knowledge of the supernatural world. She plans on doing just that—except when she finds a couple being attacked by fairies, she has no choice but to step in. Before she can return to pretending to be blissfully ignorant, Zahara encounters a problem she isn’t the least equip to handle: Bryan Hamilton, the good looking new co-worker she has to help train. In a heartbeat, her best friend, Becca King, has set her up on a double date with herself and her new crush, Rekesh Saint-Louis, who happens to be the most powerful leader of the biggest Imago Coven in South Florida –supernatural creatures with the ability to control water . . . and suck out human souls.

Zahara has no time to focus on how she’s going to explain her double date with her best friend and the enemy they have a tentative truce with to her parents because soon one of the members of Mia and Catalina’s coven is found murdered with a strange tattoo of a snake with wings carved into his arm.

Zahara is then thrown into a whirlwind battle with an angel determined to have revenge against God, an Imago coven she doesn’t think they should trust, and slew of dream-eating fairies and powerful Nephilims, hybrid children of angels and humans, more than happy to rip her to shreds.

Normal just got a deadlier definition.
About the Author 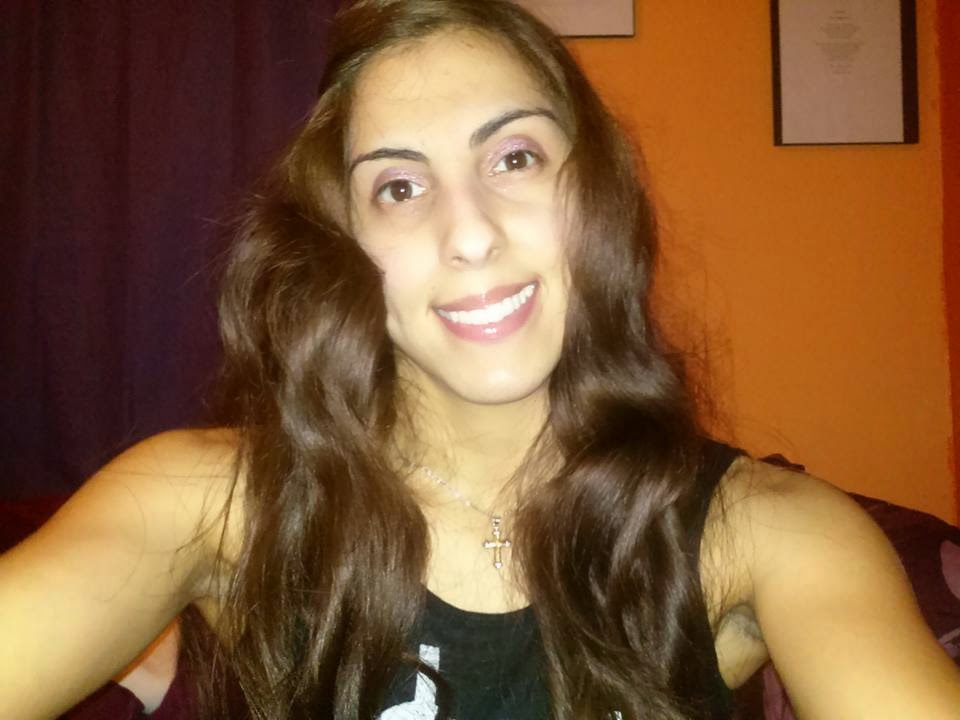 Born and raised in the sweltering suburbs of South Florida, Annabell Cadiz grew up fine-tuned to the cuisine of various Spanish cultures, learned to master the art of Puerto Rican cooking thanks to her parents, and learned to converse crazy thanks to her band of siblings. She is now working toward attaining a B.A. in Psychology at Trinity International University to better understand how to converse with the weirdoes and crazies of the world. (After all, she is one of them.) A self-proclaimed nerd and a book-a-holic (her room holds dozens of shelves with much evidence to prove that her claims are indeed true), she created TeamNerd Reviews along with her best friend, Bridget Strahin, to showcase their EXTREME love for all things book related. 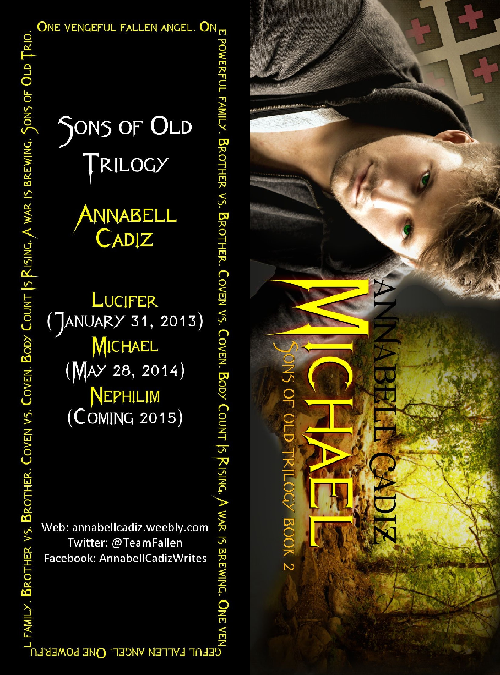 a Rafflecopter giveaway
Posted by Jena Leigh at 12:00 AM 3 comments:

Yep! Still kicking. Not craving brains or pushing up daisies or anything else that might suggest I've gone and shuffled off this mortal coil.

Erm. Well, that question's a little harder to answer....

Truthfully? I've had some personal issues to work out that left me very little time for tweets or blog posts or *gasp!* writing.

That last part worries me, too. And it's the reason why I'll be taking the next two weeks as a writing retreat, so that I might focus (almost) entirely on book three in the Variant series.**

I have just that much time left before my day job becomes temporarily all-consuming and I lose an entire month of writing time.***

If I'm going to make my self-imposed deadline for book three's publication (late fall of this year, if all goes well), then I need to buckle down and get this draft ironed out!

So you know the drill, my loves—good vibes and music recs will be greatly appreciated! Let me know what's making your ears happy these days, people. I have a writing playlist to build!

**The primary exceptions being cupcakes, coffee, and the occasional Netflix binge. What can I say? I have my vices, like anyone.

***Yes, I still have a day job. It has gloriously flexible hours and a wonderfully indulgent boss, but I still have bills to pay and groceries to acquire, so I'm afraid I don't have as much time as I'd like to devote to writing... Sorry, my loves! Someday! Someday, I'll be able to devote myself to you and you alone! And trust me, I'm totally looking forward to it!
Posted by Jena Leigh at 11:20 AM 2 comments: