Of Paperbacks and Pentatonix

Roughly a thousand things at once... But a thousand fun things, so you'll be getting no complaints from me!

I've been working with some amazing YA book bloggers lately in the promotion of Revival! Getting to know so many great people in the online YA community has been the best part of all of this so far! (Check out Booknut's review of Revival over at her blog, 21st Century Once Upon a Time!)

I've also been working hard on formatting the paperback version of the book and getting the cover design just right...  The proof of the paperback is in the mail to me now, so hopefully it will be available for purchase soon.

Once the book has been finalized I'll be doing some giveaways, so be sure to check back!

Just after I typed that, my neighbor across the breezeway had a pizza delivered.

I know this, because any time someone knocks on one of the four doors lining the first floor of my apartment complex, four separate doors open. The echo of the knock is so loud that none of us can be quite sure who's got company, so we all end up answering.

It's great for stalking your neighbors and keeping up with their Papa John's addiction.

...And also for finding unexpected packages on your own doorstep!

Look what arrived in the mail a day early! 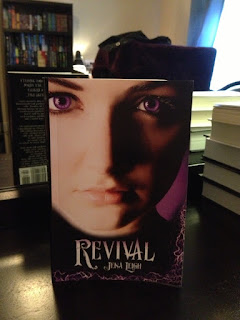 Could have happened... Just sayin'. I was pretty excited.

In my headphones today... 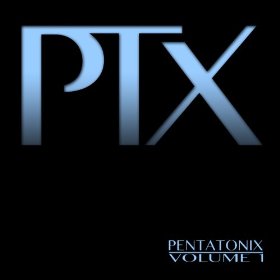 ...Just in case I'm not the last person on the planet to hear about the group Pentatonix, I highly recommend checking them out. They're sort of amazing.

Here's the song that introduced me to the group:

They would have won me over based on song choice alone. Imogen Heap's song Aha! has been a favorite of mine for ages. (One of those songs that instantly takes me back in time to a really good memory... You know. That type of song.) So I highly recommend clicking play. You might just love it as much as I do (and hey—maybe the Pentatonix version can be the future soundtrack to one of your own favorite memories).

And... yes. That's it for now. I could very easily keep this rambling entry going for ages, but I should probably channel all those extra words into another chapter of Revival's sequel.