Of Nerdfighters, Giving Back, and Mario's

I'm not really sure how to open this entry.

Yesterday was... horrific. Although that word really doesn't cover it. Watching the news, reading the reports, I felt sick. Helpless. Angry. Depressed. A myriad of emotions that I've felt more times than I'd like to count in the last twelve months.


When I woke up this morning, I decided to scrap my original post about lessons I learned the hard way while self-publishing Revival. (I'll post it eventually, but now didn't seem like the time.)

Instead, I wanted to focus on something positive. For that reason, I decided to talk about a couple of charities and organizations that are (to draw from the Nerdfighter mantra) helping to decrease WorldSuck... Basically, they're all dedicated to making the world a better (less sucky) place.

First up, Nerdfighteria's Project For Awesome.

If you're a fellow Nerdfighter—Hello! Welcome! And french the llama, am I ever happy to meet you! ;)

If you're reading that and wondering what the heck I'm talking about, I shall direct you to this video (and I'm very happy to meet you, too!):


Project for Awesome is a yearly event in which YouTube users all over the world post videos in support of their favorite charities. Every December, word about a wide array of charity organizations is spread, donations are made, good deeds are planned, and by the time the event is over, the world sucks a little bit less than it did that morning. It truly is awesome and I highly recommend checking it out.


Next up, Mario Marathon!

Mario Marathon is a charity drive that's very near and dear to my heart. As someone who's spent more time in the hospital than I'd like to think about, I know exactly how depressing and stressful it can be when you're confined to a bed while doctors poke and prod and hover over you in their attempts to make you better.

And when you're a kid, it can be terrifying.

That's why Child's Play Charity—the organization Mario Marathon supports—is one of my favorite charities out there.

Basically, Child's Play donates toys, games and books(!) to hospitals and therapy facilities around the world. Using their website, you can view the wish lists compiled by individual hospitals and donate items from the list, or you can make a cash donation to Child's Play and the money will be used to buy and distribute items to various hospitals. Either way, your donation goes toward putting a smile on a child's face. And that is pretty awesome.

As for Mario Marathon itself—the event is a (usually) a four- or five-day-long video-game-playing marathon during which the Mario Marathon team plays their way through every Mario game in creation all the while raising money and awareness for Child's Play! The more you donate, the more levels and special events are unlocked, and the longer the marathon lasts.  The event is live-streamed over the internet and runs (nonstop) until the last goal is met. It's hilarious, fun and supports a wonderful cause.

...And, okay, so it's December right now and this particular event doesn't take place until June... That's okay! You can still donate! Plus, you can go ahead and mark your calendar for June of next year. The event (and the exact dates) have yet to be confirmed, but the hints being dropped by former Mario Marathoners have me thinking there's a good chance that Mario Marathon 6 will be taking place in the summer of 2013.


Obviously there are plenty of other charities out there that could use your support. If you want to get involved, but don't know where to start, I'll point you back toward the Project For Awesome taking place this Monday, December 17th. You're guaranteed to find a ton of worthwhile projects and charities during the event and it's an excellent place to get started!


And if you find the chance, do something nice for someone today.  That one act could make their day brighter and make you feel better in the process... And that's pretty awesome, too.

I'll end this here, but—as they say in my hometown—Don't Forget To Be Awesome! :) 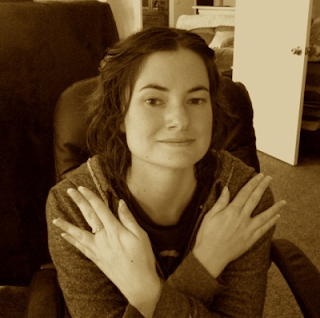