Of Release Dates and Roanoke Signings

Why not in April or May like we originally planned? Well... As with most things, it's complicated. The short version is that there's been a lot going on behind the scenes over the past two months that's completely upended my original timeline. The reasons why are something I'd rather not discuss publicly.

As it stands right now, there's a chance that the edits may not be completed until the end of May, but I should know more about the schedule in the next week or two.

Bottom line: there is a book, and as soon as it's been whipped into shape, I'll be publishing it faster than you can blink.

...Which is why that release date is "tentative." You guys have been waiting so long for the book at this point that I may just pull a Beyonce and publish it the second it's ready. Bottom line? Keep an eye on social media or make sure you're signed up for my mailing list if you want to know the moment it goes live!

Just like last year, I had way, way too much fun at RAI 2017! I met SO MANY wonderful readers and amazing authors. I haven't had that much fun since last year's RAI! 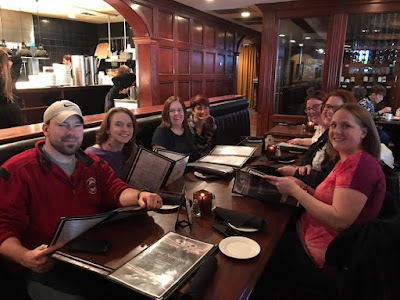 (Left side, front to back: Bo Loftis, Quinn Loftis, Karen Lynch, myself. On the right, front to back: Desni Dantone, Kelly Nagy, and Sara Meadows. Photo credit: April Jackson.)

I was lucky enough to hang out with the amazing authors Desni Dantone, Karen Lynch, and Quinn Loftis this year, along with the wonderful PA, blogger, and editor Sara Meadows, and the absolutely lovely April Jackson and Kelly Nagy (blogger from Bookcrush.in)! Getting to know them was a dream come true and I can't begin to tell you just how kind and welcoming (and absolutely hilarious) they all were. Also, I'll never be able to hear "Ain't No Mountain High Enough" again without flashing back to our ill-advised karaoke session. Let's just say there ain't no whiskey strong enough to have made that performance sound good, but I still had an absolute blast. 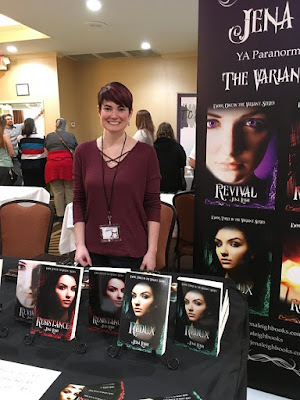 (At the signing booth! Keen eyes will notice a sliver of Book 4's cover in the banner beside me... Official cover and title reveal will be coming soon!)

The signing itself was just as fun and I LOVED meeting so many Variant Series fans in person! You guys are amazing. It nearly killed me not to have the fourth book on sale at the event—and it broke my heart every time I had to tell you the release date had been pushed back. THANK YOU, all of you, for being so incredibly supportive and for making RAI 2017 a weekend I'll never forget!! 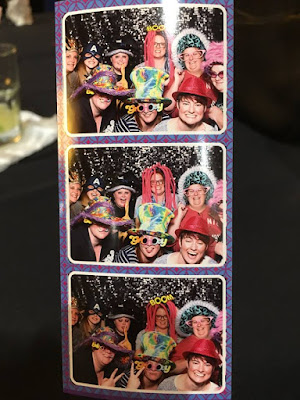 (Obligatory photo booth pics wherein I rock a {now traditional} fedora. Like ya do.)

Between the signing, the endless opportunities to socialize with readers and authors, and the always awesome after party, RAI is far and away my favorite signing event. If you ever get the chance to attend, I can't recommend it enough!